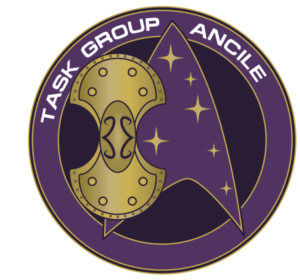 Zodiac Fleet’s Task Group Anile. Named after the shield of the god Mars, which according to legend fell from the sky during the second king of Rome’s reign. He had 11 copied made and as long as they were held in the temple of Mars, Rome would hold sovereignty.

Langley Station is strategically positioned near the Cardassian demilitarized zone, in geosynchronous orbit above Lyshan Prime with a Federation colony.

New Vulcan Colony explores life for settlers on a distant world at the edge of the final frontier.

Project Destiny is a clandestine section of Destiny Inc. They do various assignments around the galaxy. From gathering intel to providing security.

A Marine sim, lost in time, doing jobs no one else wants to do they explore the planets in the Auriga quadrant.

This beautiful giant protects an unknown area of space near the Romulan Empire. As well as having a renewed focus on exploration and discovery.

The crew of the USS Pioneer are tasked with ensuring the peace, before all out war breaks out, and the Federation find themselves in a middle of a war.